Walking into the bowling center, Day 1, scared and excited, I didn’t know what to expect. Out of nowhere “Hello, I’m Ed Calcote the Youth Director of AMF Alpha and we’re excited to have you.” I didn’t know what the present or the future would hold with my bowling, and I for sure didn’t know I was meeting a man who would change my life forever. Not only did our beloved Coach Ed Calcote change my skill level in bowling and perspective on the sport, he changed me and several others across Texas. He always pushed for everyone to be their best in and out of the bowling center. Always being so positive and having the right mind set, he taught us how to be well off bowlers and well off people. One thing Coach Ed was known for was his volunteer work and how much he did for the youth not only in Houston, but across Texas. Being a local youth advisor, state youth advisor, running two leagues, and multiple youth tournaments, he put every ounce he had into making sure we were taken care of and that we had the best, a very dedicated, smart, positive, influential and amazing man. As Coach Ed was diagnosed with cancer years ago, he didn’t let anything stop him. He still ran the leagues and tournaments, made every Greater Houston USBC board meeting, made every Houston youth leaders meeting, every state youth leaders meeting, every youth tournament and still managed to stop at every lane on the Monday Night Scholarship League and give EVERY kid a little bit of coaching. When you think of dedicated, it is Ed Calcote. When I was only 12 years old, this man had me go to a state youth leaders meeting and I got hooked instantly. I had no clue what bowling was besides picking up a ball and rolling it down a lane. He taught me that bowling was so much more. He got me involved later with league officers, Houston youth leaders, State Youth Leaders and Greater Houston USBC, holding many positions throughout the years on boards. He had me volunteering every chance I got, almost every month. Whether it was at a tournament for adults, Special Olympics or Houston Food Bank, he had me doing something to help the community. Without Coach Ed, I don’t think I would know all the amazing people I do or know anything about bowling like I do. Because of him, I’m very involved. Because of him, I love the sport. I do what I do, because of him. He gave so much to our community. As he got sicker, he got weaker. But he still gave. He kept coming to all the events, meetings and leagues. In and out of the hospital, he still made most of everything. I don’t know how he did it, but he did.

Throughout his last year, we ran a food drive that he and I worked next to each other on, and he still put in his all. He still ran the Monday Night Scholarship League, his two tournaments and still coached. His last year with us, he continued to teach me so much more. I learned more than just about bowling, and community service and how it’s just the right thing to do. In this year, without knowing it, he taught me how to never give up, just keep going. He taught me that when you set your mind on something to pursue it and make it happen. He taught me how to put a good face on, even when you hurting so bad inside. He taught me that it’s okay to not be okay sometimes. But the biggest lesson I learned from him was live your life to the fullest, because it’s your only life you are given. On September 3, 2016, I received an email stating that we lost Coach Edward Andrew Calcote. A loss to the whole bowling community. It crushed me to know I won’t have him by me there bowling anymore. But I realized he will be, he is up there in heaven cheering us all on. As I am really sad and upset he isn’t with us anymore, I know that his pain is done and gone. He can be happy again. Pain and cancer free.

I wish I had one more minute with you Coach Ed… I know I could never tell you enough or show you that I appreciate all you do for us including myself, but I would tell you one last time, thank you. Thank you for showing me how to bowl, how to be involved with the community, introducing me to the guy who ended up being my first true love, and how to be strong. I would hug you one last time and tell you that you can be pain free and we, the youth bowlers love you. 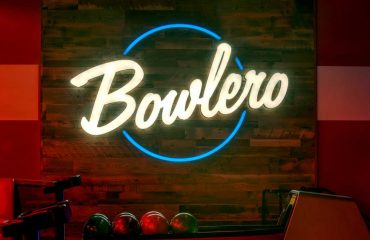