James Williams of Pawcatuck, Conn., has been striking across the New England area for decades and solidified his place in bowling history Tuesday as he rolled 36 consecutive strikes for a 900 series at Old Mountain Lanes in nearby Wakefield, R.I.

The 47-year-old right-hander struck on every shot he threw during the South County Classic league to become the 21st bowler in history to record a perfect series. The achievement is pending approval from the United States Bowling Congress and would be the 22nd USBC-approved 900.

In Williams’ final frame, the 4 pin fell late on his first shot, and the 10 pin was the last to go on his second. His final delivery of the evening was an unforgettable light-mixer that earned him a spot in one of the most exclusive clubs in the sport. Bob D’Antuono of Lincoln, R.I., previously owned the Ocean State’s highest set with 889, rolled in 1997.

“I was just trying to make good shots,” Williams said. “I was a little nervous with everybody watching, but I tried to take it one shot at a time and just see what would happen. I never expected to have a night like this.”

Williams has averaged more than 240 on several occasions and consistently has rolled honor scores over the course of his career. His latest achievement nearly left him speechless.

“It’s a pretty big accomplishment and hard to put into words,” Williams said. “You never expect to shoot three 300s. It’s hard to imagine not a single nine-count. It was an unforgettable night and one of the best of my life.”

The first USBC-approved 900 occurred Feb. 2, 1997 when Jeremy Sonnenfeld rolled three consecutive perfect games in Lincoln, Neb. There has never been a 900 on Sport Bowling lane conditions. 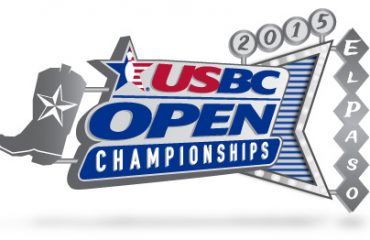