Agnes Duffy, a member of the United States Bowling Congress Hall of Fame, passed away Tuesday. She was 92.

The Sonoma, Calif., resident was inducted into the Women’s International Bowling Congress (now USBC) Hall of Fame for meritorious service in 1987.

Duffy, a native of the Watertown, N.Y., area, served on the WIBC Board of Directors for 18 years leading up to her induction into the Hall of Fame, including five years as 1st vice president of WIBC. She served on 19 committees during that tenure, chairing seven of them, including the finance and budget committee.

Duffy also served in international capacities, including serving as auditor for the Federation Internationale des Quilleurs. On the local and state level, Duffy held various offices and is a member of three other halls of fame. 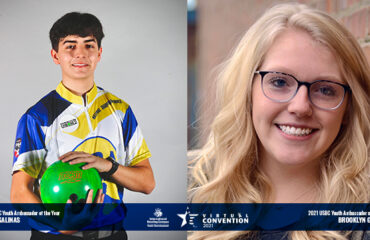 The Brands of Ebonite Join Junior Gold As Presenting Sponsor