Australian two-handed star Jason Belmonte (pictured) will look to continue his tidal wave of success when he takes on a sold-out field of 468 of the world’s best bowlers next week at the United States Bowling Congress Masters.

As the reigning Masters champion and current Professional Bowlers Association Player of the Year, Belmonte will be the man to beat when the event takes place at Brunswick Zone Carolier in North Brunswick, N.J. The Masters begins Tuesday, Feb. 18, with qualifying.

Successfully defending the Masters title has proven to be an extremely difficult task in the 63-year history of the tournament. It’s only happened twice and not since 1965. Billy Welu won the event in 1964 and 1965, while Dick Hoover was the first to win consecutive titles in 1956 and 1957.

“It’s so difficult to win any event back-to-back, but with a three-game, knock-out format, you can come up against the wrong guy at the wrong time and be knocked out,” Belmonte said. “Last year, I focused purely on my own game, and this year I’ll be doing the same thing.”

Belmonte will have one advantage on the field when he takes to the lanes next week. As the reigning champion, he is guaranteed a spot in the 64-player double-elimination match-play bracket. He will bowl qualifying to try to earn the highest seeding position possible.

All players will bowl 15 games of qualifying over three days to determine the match-play field. The top 63 players will join Belmonte in the unique three-game, double-elimination bracket.

The top five players at the conclusion of the bracket will advance to the stepladder finals and compete in the live two-hour championship round on ESPN on Sunday, Feb. 23, at 3 p.m. ET.

The Masters, which features a first-place prize of $50,000 and a total prize fund of $315,000, is a major event on the PBA Tour and is part of the World Tenpin Bowling Association World Bowling Tour for the third consecutive season.

All qualifying and match play rounds of the Masters will be covered live on Xtra Frame, the PBA’s online bowling channel.

In addition to the Masters finals, the PBA will conduct the Elias Cup championship match in the 2014 PBA League series at 10:30 a.m. on Sunday, Feb. 23, at Carolier. The Elias Cup finals will air on ESPN on Sunday, April 13, at 2 p.m. ET. 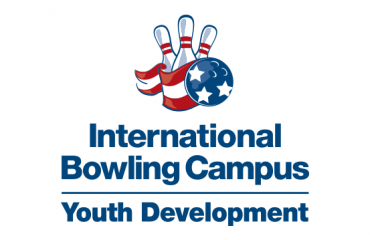