Steve Cook of Granite Bay, Calif., and Doug Kent of Newark, N.Y., have been elected to the United States Bowling Congress Hall of Fame in the Superior Performance category.

The two were among six bowlers on the men’s national ballot this year, and though they fell short of the required 70 percent of the votes cast by a USBC panel of veteran bowling writers, hall of famers and board members needed for election, they were given the nod by the USBC Hall of Fame Committee.

Also on the Superior Performance ballot this year were David Ozio of Beaumont, Texas, Danny Wiseman of Baltimore, Larry Laub, Lincoln, Calif., and Randy Pedersen of Clermont, Fla. There were no candidates on the women’s side.

Cook and Kent will join three other inductees, who were elected in November by the USBC Hall of Fame Committee. John Gaines of Orlando, Fla., and Dale Traber of Cedarburg, Wis., were elected in the Outstanding USBC Performance category, and the late Woody Woodruff of Long Island, N.Y., a longtime executive at AMF, was elected posthumously for Meritorious Service.

His efforts earned him election into the PBA Hall of Fame in 1993 and the 25th spot on the PBA’s 2008 list of the 50 Greatest Players in PBA History. Cook finished ninth at the 1981 USBC Masters and was a first-team USBC All-American in 1986 and second-team selection in 1981 and ’83.

Kent had a career year on the PBA Tour during the 2006-07 season. He earned his second USBC Masters title (pictured right) and took home the PBA Player of the Year award.

The induction ceremony will take place April 24 at the 2014 USBC Convention in Reno, Nev. 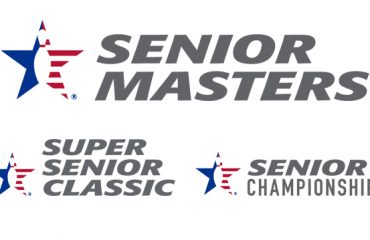